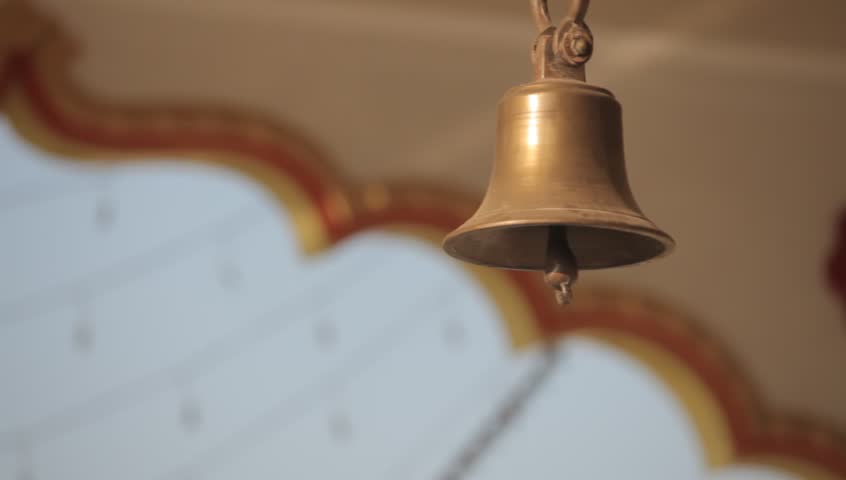 Why do we ring the bell in a temple:

Is it to wake up the Lord? But the Lord never sleeps. Is it to let the Lord know we have come? He does not need to be told, as He is all knowing. Is it a form of seeking permission to enter His precinct? It is a homecoming and therefore entry needs no permission. The Lord welcomes us at all times. Then why do we ring the bell?

The ringing of the bell produces what is regarded as an auspicious sound. It produces the sound Om, the universal name of the Lord. There should be auspiciousness within and without, to gain the vision of the Lord who is all-auspiciousness.

Even while doing the ritualistic arthi, we ring the bell. It is sometimes accompanied by the auspicious sounds of the conch and other musical instruments. An added significance of ringing the bell, conch and other instruments is that they help drowned any inauspicious or irrelevant noises and comments that might disturb or distract the worshippers in their devotional ardour, concentration and inner peace.

Here’s a list of seven ancient secrets behind the use of bells in worship.

As we start the daily ritualistic worship (pooja) we ring the bell, chanting:

we ring this bell indicating the invocation of divinity, So that virtuous and noble forces enter (our home and heart); and the demonic and evil forces from within and without, depart.