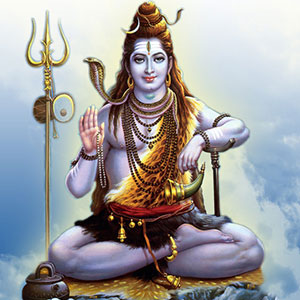 Sivapuranam Lyrics in English with meaning:

Sivan varuvan arul tharuvan vaazhvil anudinamae… (this one is actually in the song that was sung by legend Sri. S.P Balasubramanyam sir) 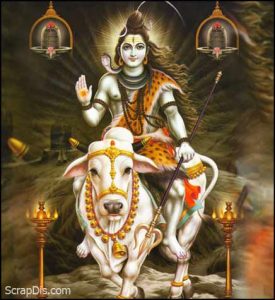 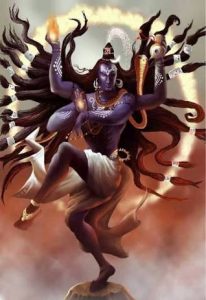 Long live the feet of him who does not move away from my mind even for a second.

Long live the feet of my Guru who ruled over Thiruvavaduthurai(Thiruperum thurai ?)*,

Long live the feet of him who became holy books and comes near us,

Long live the feet of the God who was one but appeared as many.

Let the feet of the God who stabilized my mind be victorious,

Let the valorous anklets of Lord Shiva, who cuts off cycle of birth be victorious

Let the flower like anklets  of the God, who is scarce to those who stand away from him be victorious,

Let the anklets of king who happily lives in the mind of those  who salute him be victorious,

Let the anklets of that  great one who uplifts those who bend their head to him be victorious.

Praise to the feet of the pure god who stood in love,

Praise to the feet of the king who cuts off  the illusion called birth,

Praise to the feet of god who is in holy Thiruperumthurai .

Praise to the God who gives the never fading joy like a mountain of mercy,

Because  that Lord Shiva  stood in my thought,

I would salute his feet  by his  grace,

And with a joyful mind recite the Shiva Purana,

So that  the entire Karma which I have earned earlier disappears.

I came because  the god with an eye in his forehead showed me his eye of mercy,

And stood  there saluting  the anklet, whose prettiness is beyond the  reach of the mind,

And oh God  who filled the sky and the earth, and who is being seen as a glittering light,

Oh God who is beyond all limitations of barrier, I who  am one  with a bad karma,

And  do not know the ways to praise  your great qualities

And I traveled all over this spectrum of moving and not moving things,

And took   all  types  of births and became tired.

Truly  I have attained  salvation seeing your golden feet,

Oh God, who stood as letter “Om”, in my mind so that I would be saved,

And tried to see you as taller, higher deeper though you are smaller than the small.

Oh divinely pure Lord who is heat, cold  as well as life,

You came and showered  your grace so that all lies are banished,

And shined as knowledge  of the divine, Oh light of truth,

Oh God of sweetness to this one who does not have any knowledge,

Oh great wisdom, who  is  removing  my ignorance .

Oh god who does not have birth, life or death,

You are  the one  who makes  all the world,

You would protect, destroy  and also  shower your grace,

Destroy the illusion, and make  me to serve you,

Though you are far, far away, you are near,

Oh Lord of Vedas, who is beyond mind and thought .

Oh my lord, who puts a stop to cycle  of births,

By standing in the  minds of great devotees,

Like honey which is the mixture of  newly milked milk,

Honey  and Ghee, you are the one having all the five colours,

And you  were hiding  from the  view  of devas,

Who were not able to see you and praise  you, oh lord.

Please  tie me, who is caught in the  horrible past Kama,

And is being hidden completely by darkness of illusion

by considerations  of all the acts,

That  can be done and should not be done,

And tie me with a rope of sins and good acts

And further  cover the dirt and worms of my inside by a skin,

And construct me as a hut with nine holes,

Through which  all  that is not wanted  goes out,

With the five senses deceiving me and put me in to a stupor,

Oh God, who is pure, though I am With an unstable (animal like ) mind,,

Which does not merge with you  due to extreme love,

Which does  not  melt  on hearing you

And which  does not have any good in it,

You  have  taken mercy on this lowly one,

And came on this earth and showed me your long feet

And showed much more mercy than a mother,

Oh Lord  who  has  the city of Shiva,

Oh wise one  who showered your grace,

By cutting off  all my  affectionate attachments,

Shower your friendly grace, cut of all hatred from my mind,

Oh great river of mercy, which never leaves my mind.

Oh never satiating nectar, Oh God who is beyond measurement,

Oh light who hides himself in a mind which is not interested,

Oh God who made my mind melt and stood there as my dear life,

Oh god who does not have happiness  or hardships and who stands inside me.

Oh friend to your devotees,  Oh God who is everything as well as nothing,

Oh primeval one  who has crossed the state of middle as well as end,

Oh Lord who as a father,  attracted me and made me yours,

Oh God who can be known only by the  very intelligent ones,

And their look is a  rare one which is to be appreciated,

And their understanding you  is a rare feeling.

Oh Guard who protects me, Oh great light which is difficult to see,

Oh sweet water of grace, you are more than my father,

And stand before me as  great light and an indescribable micro feeling,

Oh clarity,  who comes in different forms of this changing world,

Oh complete understanding  due  to that  clarity,

Oh nectar of feeling which flows  in my thoughts,

Lie tied up in this body made of flesh and sensations,

Oh God who is capable  of destroying  this body,

Which is the place  where the deceiving five senses reside,

And which has been prevented  from coming  again .

Oh Lord who  dances  even in mid night when all world sleeps,

Oh Lord who dances in Chidambaram who is from the southern Pandya kingdom.

Oh lord who cuts of  this  painful life of birth,

Those  who called you God , who cannot be understood, as “ oh god”

And understand this song which was sung below your feet,

Would go to the  wealthy land of Shiva’s city,

And would remain below the feet  of Lord Shiva,

Being prayed and worshipped  by many