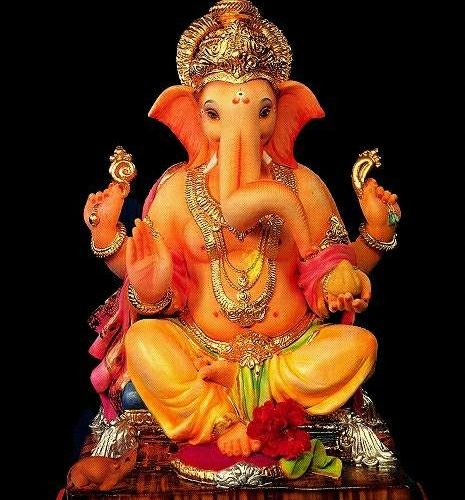 Ganesh Chaturthi also known as  Vinayak Chaturthi or  Vinayak Chavithi is celebrated by Hindus around the world as the birthday of Ganeshji. It is observed during the month of Bhaadrapada.
Ganeshji is the Lord of good fortune who provides prosperity, wisdom and success. He is the Lord of beginnings and the remover of obstacles of both material and spiritual kind. He is also considered to be a patron of the arts and sciences and of the letters. 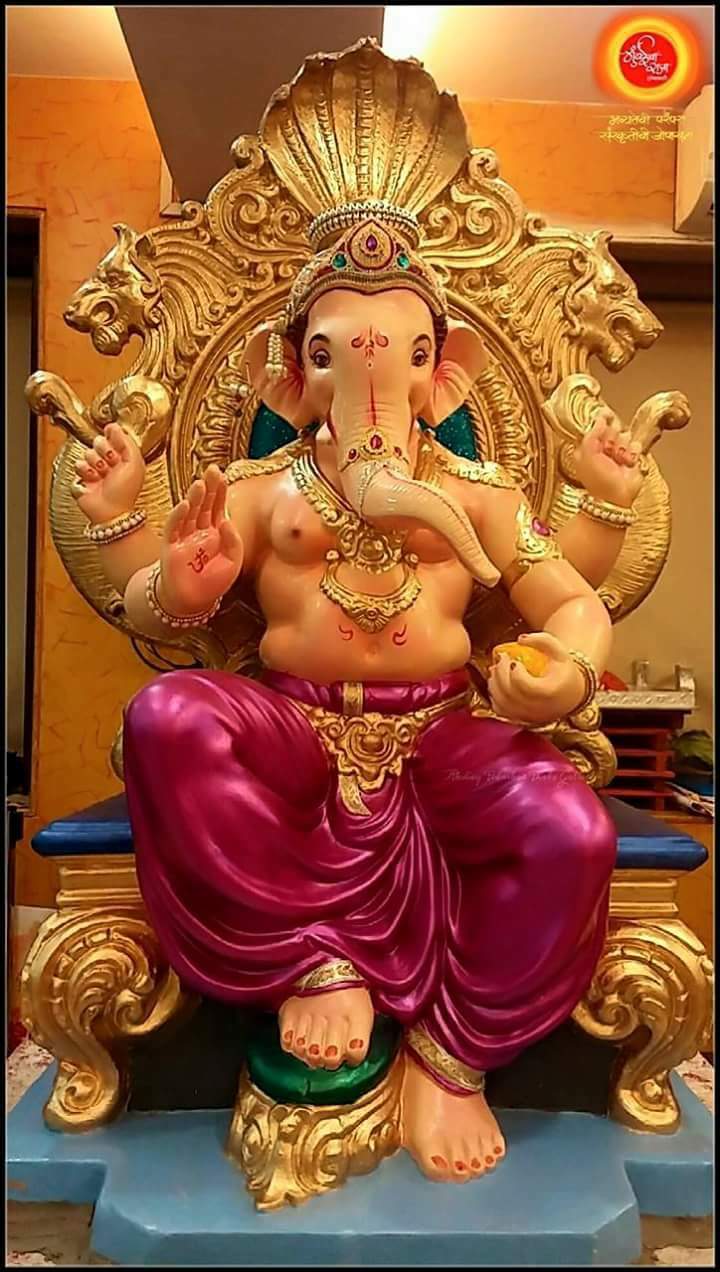 Ganesh’s Birth
Once, Shivaji left His usual dwelling on Mount Kailash in the Himalayas, to meditate in one of the caves of another mountain. Two friends of Parvatiji, his consort, suggested that She should have a gana  attendant of their own, since they were not too happy with Shivaji’s ganas. Parvatiji agreed. Soon after, using Her divine powers, She created a son from the mud of Her own body, naming him Vinayak. She instructed him to guard their home.
When Shivaji returned, Vinayak prevented him from entering since Parvatiji was bathing. After some bickering, Shivaji became angry as He did not know who Vinayak was. Shivaji then beheaded Vinayak with his trishul (trident) following a fierce battle. When Parvatiji heard of this She lamented intensely, and Shivaji quickly realised His error. To set things right He sent His men to the forest to fetch the head of the first living thing they met, with its head facing the North. The only creature Shivaji’s men had encountered was a baby elephant and they returned with its head. With His divine power, Shivaji placed the head over His son’s body. Instantly Vinayak sprung to life. Henceforth Vinayak also earned the name of Gajanan, since Gaja means elephant.
Shivaji made His son worthy of worship by stating that all would first worship and offer him dedication in all their auspicious undertakings, marriages, expeditions and studies. He ordained that the annual worship of Ganesh should take place on the 4th day of the bright half of Bhaadrapada. Without the grace of Sri Ganeshji and His help nothing whatsoever can be achieved. No action can be undertaken without His support, grace or blessing.

Festival and Rituals
The festival lasts for 10 days in some areas, and during this time beautifully sculpted Ganeshji idols are installed in the Mandaps (large tents) that are colourfully decorated, depicting religious themes or current events. There are huge public displays of Ganeshji idols with Aarti (songs of devotion offered to the Lord) and loud music and dancing by the devotees. Various pujas and types of worship are offered, and with the festivities drawing to a close, Ganeshji is paraded through the town before His Visarjan (submergence) into the water.
This activity is most popular in Maharashtra, with Shrimant Dagadu Shet Halwai Ganapati in Pune being the main attraction of the Utsav. Many cultural events are organised and people participate in them with keen interest. On the tenth day, huge processions carry images of the Lord to be offered into the water, and people sing and chant asking for the Lord to return gracefully again soon.
In this manner Ganeshji is a deity of auspiciousness, wisdom and wealth. Ganesh Chaturthi is a festival inspiring devotees to be virtuous and faithful in the actions.

Popular in
All across India, especially Maharashtra
Deity: Ganeshji
Significance
The day marks the birth of Ganeshji, the dispeller of our obstacles, bestower of intelligence, wealth and virtue. By remembering Him our tasks are made easy and through His blessings we achieve success.